I had read Jamie Carie's Snow Angel a couple of years ago and remember enjoying it, but this one was better than I expected.
Love's First Light starts in the heat of the French Revolution with an aristocratic family being executed. One teenage boy and his little sister escape. They are separated, and he later sees her being led to the guillotine. The heart ache, anger, and guilt form the man that Christophe St. Laurent becomes. The Revolution has left its scars on the heroine of the story, Scarlett, as well. She is widowed while expecting her first child. Christophe and Scarlett meet, feeling an instant bond, but he later learns that their feelings are not their only connection. The past ties them together in an almost unbearable way, and he flees from her back to his original pursuit of revenge. God works in mysterious ways and brings these two together again with more surprises awaiting. This story is a journey to reconciliation, forgiveness, and ultimately love: God's love and protection for His children, and the power of forgiveness for the one being forgiven, the one letting go, and those witnessing it.
I really enjoyed reading this book. The opening scene pulled me in, and I stayed engaged through the entire book. I became attached not only to both main characters, but also to many of the secondary characters. Jamie Carie creates beautiful romantic scenes as well as tense page-turning moments. I understand there is a historical discrepancy in the book dealing with the statue of liberty and the time frame; however, I did not notice it while reading. I read about in a review after completing the novel. It is important to have accurate facts when writing a historical novel, but that being said, Jamie Carie is a talented author. I do feel like I had gained a deeper understanding of the horrors of the French Revolution. Also, I have heard that a couple of her other books are even better than this one, and I look forward to reading those in the future. 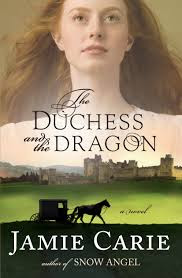 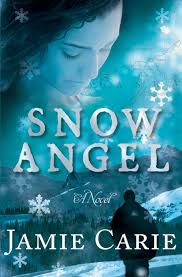 Posted by Megan @ Inspired by Fiction at 7:20 PM